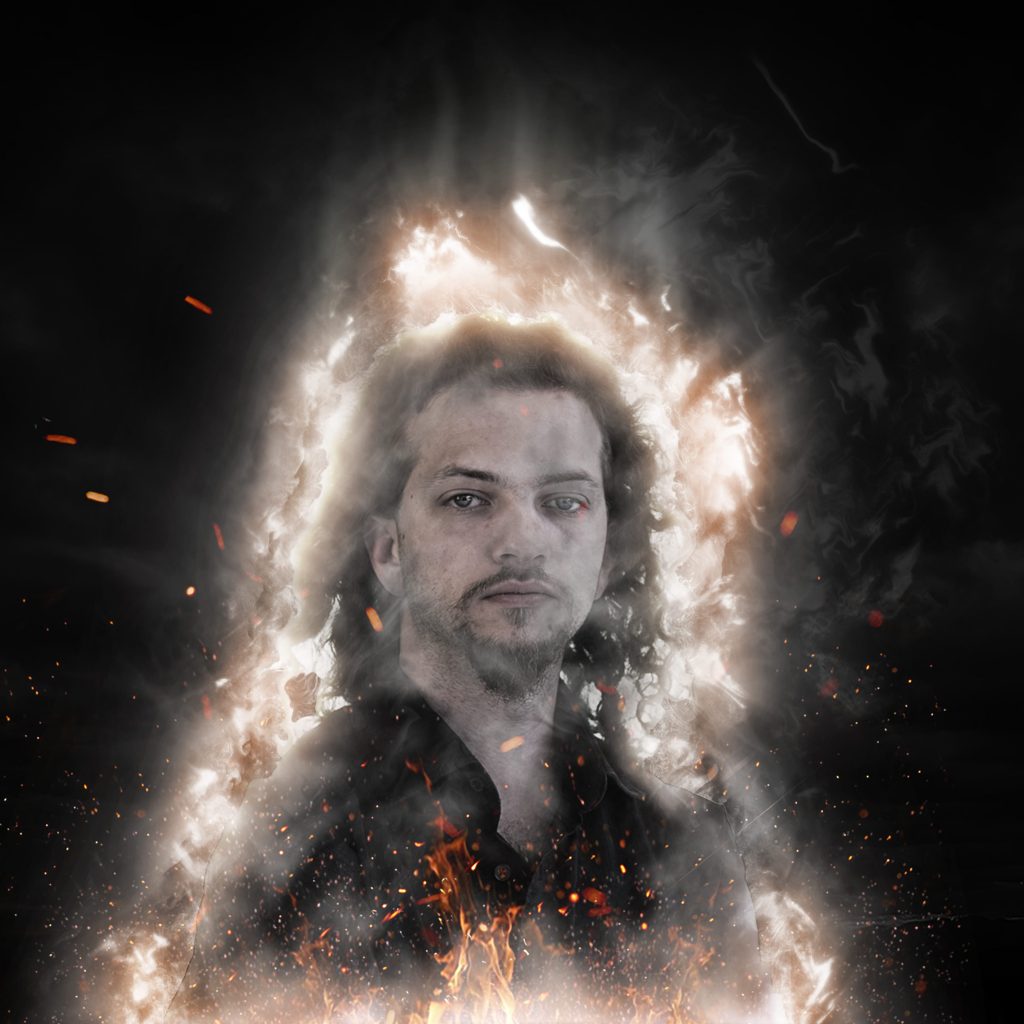 He had a classical piano background when he started as a kid but turned to metal at the age of 16 with his first keyboard that he intended to tame alone.

He then played in various bands where he composed and arranged thanks to his classical and jazz skills.

To name a few, he was part of Mytology for which he composed a huge part of the album Nemesis,  but also Arianrod, the band introducing him to Arnaud.

A true friendship was then born, as both shared the same vision and expectations for a metal project.

Logically, Varenfel joined Krysaor. He worked closely with Arnaud for the album’s tracklist and of course, provided important arrangements for his parts and the overall idea.

As of today, he is involved in numerous projects (studio and live) such as  Obscur Feuillage and Supermarket.

Consequently, you can often meet him with his keytar on stage or attend some odd instrument demos on his Youtube channel: L’Instrumetarium de Varenfel.

His taste, inspiration and technique are definitely essential to Krysaor’s sound. It’s a key component of the band’s unicity.

We would like to use cookies (and similar technologies) to enhance your online experience, analyse your use of our site and to support our marketing (including through ad personalisation, ad insights and ad targeting). If you are happy for us to set cookies other than those strictly necessary for our site to work, please click “Accept”. For more information, please read our Cookies Policy